This year, when the Chamber of Deputies approved the decision to make the switch to biodiesel, private companies worldwide and clean-fuel advocates turned their attention to Brazil. The country’s aim is to become the largest supplier of this clean fuel made from renewable resources such as vegetable oil instead of petroleum.

The project is backed by a new law that states that starting now it is mandatory to add 2 percent biodiesel to fuel sold countrywide. The act is a boost to clean fuel producers, but also a statement to the world that clean-fuel solutions are more than urgent nowadays, not to mention effective and lucrative.

However, Brazil cannot rely on biodiesel production alone just yet. According to Brazilian government officials, only 2 percent will be added at first, with higher proportions in coming years.

The market for biodiesel in Brazil is calculated as 800 million liters per year. Today, its production is only 20 million liters a year. What has yet to be decided is which plant will lead the biodiesel production — soy, sunflower or castor bean. Brazil has a large tillage of them all.

Last week, Brazilian President Luiz Inacio Lula da Silva stated that from now on the country will work hard to make biodiesel the second most important energy source in Brazil, following hydroelectric power, which accounts for about 70 percent of energy production.

Making Brazil less dependent on traditional oil (petroleum) and exporting clean fuels benefits not only the environment but also the economy. Industry analysts believe that biodiesel fuel doesn’t necessarily have to cost more than diesel. According to Juan Diego Ferres, president of the Biodiesel Commission at the Brazilian Association of Vegetable Oil Industries, the price should increase only by a small fraction.

“It won’t be higher than 30 percent of the diesel price, for sure,” he says.

President Lula went to the inaugural ceremony of the first biodiesel plant in northern Brazil, in Para state — right next to Amazon state. The plant has projected an output of 8 million liters (2.1 million gallons) a year. The largest biodiesel plant is located in the southeastern state of Minas Gerais.

Tarcisio Mascarim, president of Dedini S/A, a base industry, has stated to the press that a realistic scenario would be the production of 50 to 100 million liters a year.

Diesel from vegetable oil is a Brazilian invention that dates back to 1977, when the first experiments got started, but didn’t last long. In 1991, the excitement returned, this time in Europe, where in countries like Germany there are vehicles running on 100 percent biodiesel. The same goes for Australia, France and the United States. However, European biodiesel is made from methanol, which is derived from methane in natural gas.

Perhaps the most clear advantage of biodiesel from vegetable oil is that it harms the environment even less than biodiesel from mineral sources. Compared to traditional fuel, it reduces emissions of carbon dioxide by 78 percent, sulphur 98 percent, and carbon monoxide 50 percent. And the performance is almost equal to diesel. Since last year, both Citroen and Peugeot are already testing car models using biodiesel solutions in Brazil.

“It’s a clean, infinite and locally made fuel,” he said. 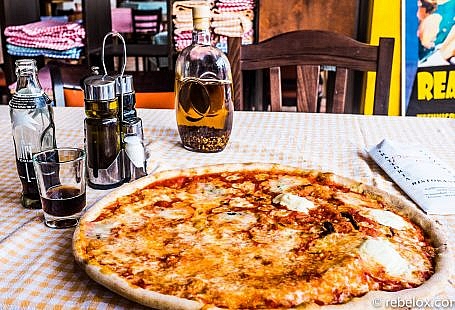