GOOGLE’S ADSENSE programme is a big hit. Look well and you’ll notice that if everyone was kung fu fighting in the 70s, in the 21st century we’re all banner fu Googling. The reason is quite simple. It works. And it doesn’t pollute your website.
Everyone seems to be paid reasonably quickly. Except in Brazil. For more than three months, Brazilian affiliates have been eager to get their hands on the money. The problem is that Brazil’s current laws prohibit sending money, or cheques, through the post, as Google does.

Some users in Brazil, like Samuel Vignoli of Studio Sol company, did get the first cheque. “But the next ones didn’t arrive. FedEx called me, saying I wouldn’t be able to receive them because it was illegal to send money through the mail,” says Vignoli, who has tried to reach Google since July, along with plenty of other users.

According to him and other affiliates contacted by us, Google’s answer is always the same: “We are aware of the situation and we’ll work around [the problem] to fix it”.

“They have been throwing us this yada-yada for more than three months now,” said Giovanni Menezes, webmaster of Tibiabr.com. Menezes thinks that affiliates in Brazil should start a campaign against Google’s unresponsive stance.

All the cheques sent by Google get retained in Customs when they enter the country. According to Brazil’s Central Bank (Banco Central) and Customs Policy, it’s completely illegal to send letters containing money or monetary instruments. The restriction is intended to avoid the illegal exchange of currency from US dollars to Brazilian reals. By illegal, that means using unofficial ways to exchange money and avoid paying taxes.

The only official way to receive such sums in Brazil is through a bank. Any company willing to send you money in Brazil must make a paying order through a bank. Then, it will contact you and arrange everything you need – including the exchange taxes you’ll have to pay prior to the reimbursement of your cheque.

After three months of angry e-mails among affiliates and Google, just yesterday we’ve heard that Google is contacting its Brazilian users to tell them it has all been fixed. Personal cheques will be sent through Citibank and everyone will get a notice from the bank soon. 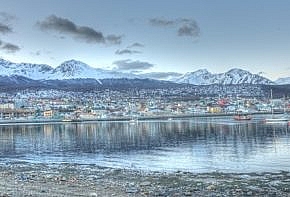