Action not inaction, as government dithers

MANY INTERNATIONAL servers block IPs from Brazilian ISPs because of a heavy load of spam coming from this country. Brazil has been trying to fix the spam problem for some time and legislation has been on the cards for a while.
Several projected laws have already made their way into the government bureaucracy, but a clear path to a solution hasn’t appeared until recently.

But now, a group of private associations involved with the internet business has just set up the Antispam Brazilian Committee, and introduced an Antispam Ethics Code.

According to the committee, the code is based on current federal laws. Practically, if it works, the ethic code could lead to more credibility for, and unblocking of, Brazilian IPs from blacklists and Mail Abuse Prevention Systems (MAPS) abroad.

According to Patrícia Peck, president of the Antispam Committee, the idea behind the ethic code is simple: define rules of practicing commercial communication through electronic mail, including e-mail, SMS (short messaging system) and IM (instant messaging). Those rules would than specify which messages are to be considered spam or not.

Needless to say, it seems that no one is expecting a government law on the issue any time soon. Peck agrees that the market needs to be auto-regulated. “We hope that our ethics code, based on market behaviour, helps the government to approve changes in our current Federal Legislation when it comes to internet-related issues, such as privacy and security”, she said . However, no one is daring to guess when legislative changes might happen.

While the government and the market won’t decide the next step together, Brazilian users witnessed last month the launch of Project ORBL (Open Relay Black List), considered the first Mail Abuse Prevention System in Brazil.

ORBL consists of a database to store IPs from open relay mail servers. Open relay servers are those that don’t require authentication prior to sending messages, broadly used by spammers. Right now, ORBL system only blocks open relay servers but, due to high demand from users, in the near future there’ll be acceptance of spam denunciation. µ 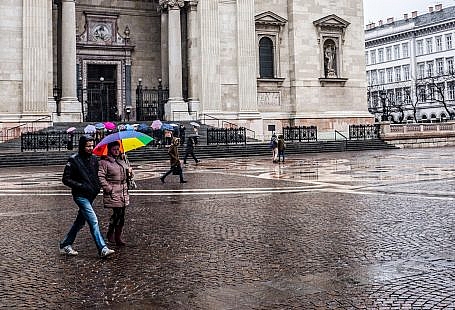